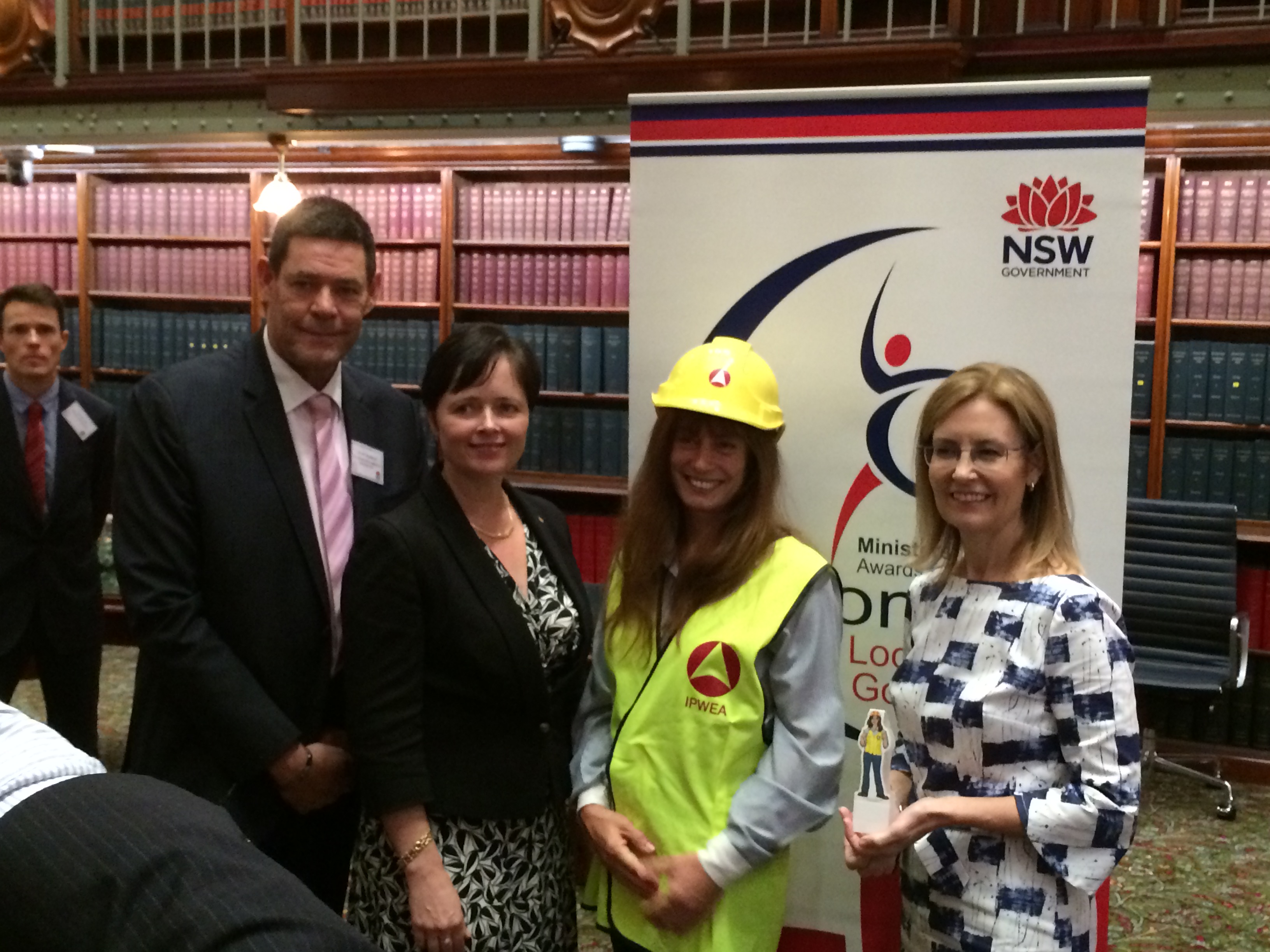 Pocket Sally  is a young lady with a growing reputation in the engineering and construction business. She has important friends, and gets around!

Pocket Sally represents a commitment  by the infrastructure and engineering industries in New South Wales to encouraged young women and men to consider taking up engineering as a career, regardless of ethnicity, gender, religion or whether they are city or country dwellers.

Because Pocket Sally won a 2016 NSW Minister’s Award for Women in Local Government, her co-creator, John Roydhouse, was invited to share the Sally story at the 2017 Awards held in March as an International Women’s Day event at the NSW Parliament House.

Mr Roydhouse, the Chief Executive of the Institute of Public Works Engineering Australasia – NSW division (IPWEA-NSW) said that two years ago the Institute’s all-male Board decided to embrace diversity and expand engineering out from its traditional white male background, and Pocket Sally was born.

This followed on  from the successful initiative of creating an under-35 year age group networking body called, Young IPWEA, to develop the next generation of leaders in the rapidly changing engineering sector. Members of the Young IPWEA Executive were involved in devising in Pocket Sally project.

Mr Roydhouse said the Board was also concerned at the time that women accounted for just 11% of the total construction workforce and a departure rate of women from the industry was almost 40 per cent higher than men.

Since then  the IPWEA-NSW has recorded some milestones, notably:

This also comes at the time that Melinda Pavey has been appointed as the first female NSW Minster for Roads.

Mr Roydhouse was accompanied to the 2017 Women in Local Government Awards presentation by engineer, Julie Garland-McLellan  who was dressed as Pocket Sally in a high-visibility vest and safety helmet. Julie is an example of what engineering careers can offer to woman, having started her career in the United Kingdom and worked in several countries in different fields  before moving to Australia,” Mr Roydhouse said.

Mr Roydhouse usually carries with him a small cardboard cut-out of Pocket Sally.

“Pocket Sally is an excellent conversation starter which ensures the issues of diversity in engineering is raised and discussed. She has been photographed with some of the most senior parliamentarians in the country including current Premier, Gladys Berejiklian, former Premier Mike Baird. When she met Foreign Minister Julie Bishop the conversation quickly revolved around the need for better international airport infrastructure!”

Pocket Sally has her own registered Domain  Name; pocketsally.com and can be followed on #sally_IPWEA